The day before we pulled out of Sevierville, our check engine light came on. Of course it would happen on a Sunday. I pulled the maintenance manual out of the glove box and relaid the info to Don. He followed all directions as written but still the indicator light held steady. Soon as we returned to camp and got the groceries unloaded, Don was on the Ford hotline. They suggested he take the truck to AutoZone and have them run a diagnostic test. The consensus was that the thermostat was stuck in the open position and we would need to get the truck serviced soon.

After locating a Ford service department at our next destination. We made the decision to go on ahead but we would leave very early in the morning to avoid traveling in the heat of the day, less stress on the truck, less stress on us since we would not be using the AC. It was a first for us, packing up and pulling out in the dark, an occurrence we hope not to make a habit of. We pulled into Stone Mountain Park and had Suite Pea set up by one. Don was able to get the truck scheduled for service at 7:30 the following morning.

Stone Mountain Park, Georgia has a very nice camping facility, as it should since the daily rate is not cheap, almost twice what we budget for. I did learn at check in that the campground excepts Passport America, Good Sam, and FMCA discounts. I used our Passport membership for a $28 discount on our 4 night stay. 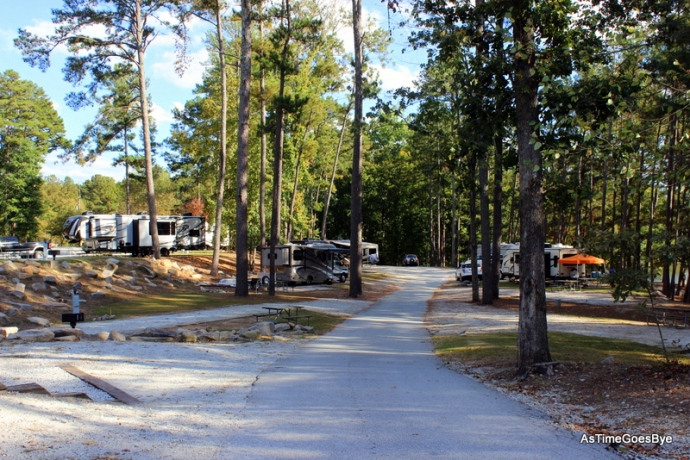 We really liked our tiered site with its views of the water. I could see us having a campfire one cool evening under the trees but by Monday night I had developed a loose phlegmy cough and assuming it was seasonal allergies, knew I wouldn’t be spending much time outside. 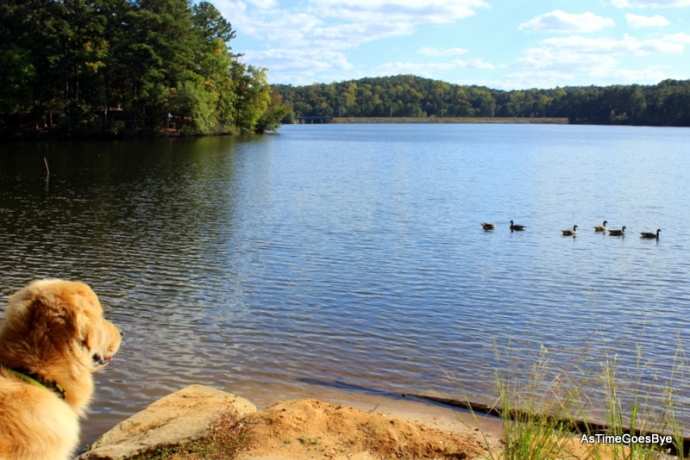 Tuesday morning Don drove the truck over to Stone Mountain Ford. He returned 2 hours later sans the truck. The mechanic said it needed a new thermostat and he wouldn’t have it replaced until the following day. Meanwhile, I was spending my day alternating between the bed and my recliner, in flannel pj’s and wrapped in a quilt. I ached, had chills, a low grade fever, and my cough had worsened. Still, I insisted it was just allergies when Don suggested I see a doctor.

Wednesday was more of the same but at least the truck was fixed and back with us again. I encouraged Don to go out and explore the park. I didn’t see any sense in both of us missing out on it. But, as expected, he wouldn’t do it without me. By Thursday the aching and chills had passed but I still felt like crap. I told Don I thought I felt well enough to view the Confederate Memorial Carving with him.

The carving depicts 3 Confederate Civil War heroes, CSA President Jefferson Davis and Generals Robert E. Lee and Thomas “Stonewall” Jackson. The mountainside carving measures 3 acres, making it the largest high relief sculpture in the world. Everything else we had hoped to do we tabled for a future visit. 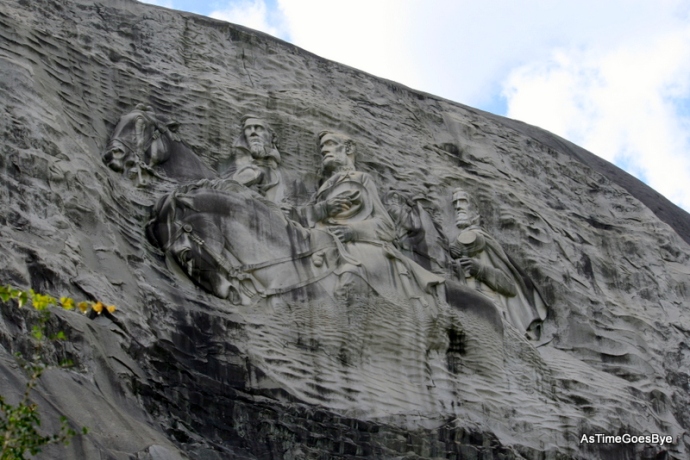 I was spent by the time we returned to the camper and told Don I really wasn’t up to making the 8 hour drive to Welaka, Florida the next day. He contacted registration to see about extending our stay through the weekend but unfortunately for us, the park was full due to Fall weekend activities and a vendor event. Instead Don found us an rv park right off I-75, less than 200 miles further south for us to hole up in until I started feeling better. It was a good decision as that evening Don started having a loose phlegmy cough too. I knew then it wasn’t seasonal allergies because he doesn’t have them.

Even though the park wasn’t much, just 14 pull-thru sites literally right at the interstate Exit 61 ramp, we were relieved to be there. Not having much stamina, we set up the basics and went to bed. Saturday morning I located an Immediate Care Clinic nearby and we were there waiting when it opened. The diagnosis? Bronchitis. With 2 shots to my hip, 1 in Don’s, and 3 prescriptions each, we left the clinic, picked up a few groceries and headed back to camp to rest. 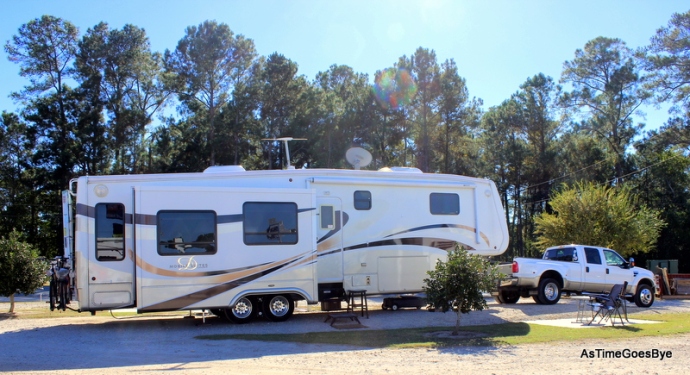 This is our fourth and final night in Tifton. We both still feel puny with little energy but we are ready to move. Another long day of travel lies ahead. I hope we’re up for it. Here’s lookin’ at you kid…….