We had been told we must visit the Cedar Key Museum while we were here by both locals & a very dear old friend of mine. So off we went with camera in hand.

Cedar Key Museum State Park was established in 1962 & dedicated to long time resident Saint Clair Whitman who operated the first museum in Cedar Key. Mr. Whitman was quite the collector and many of his collections are housed and displayed here.

The museum is basically two different buildings & two different exhibits. We chose to walk through the museum building first to learn the history of Cedar Key. This building not only offers historical information but also includes sea shells, items from the Key’s pencil and broom manufacturing days  and Timucuan Indian artifacts collected by Saint Clair Whitman, a local resident. 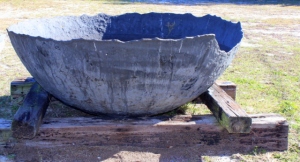 In the Pre-Civil War days, Cedar Key was a thriving, important seaport. The shipment of lumber and Cedar slats, used to make pencils,  that were harvested from the area all but wiped out the Cedar trees that this village is named for. Cedar Key retained it’s importance throughout the Civil War as a key producer of salt. Salt was a valuable commodity for the Confederates who used it to preserve meat due to  a lack of refrigeration to keep it fresh. We learned that the town was originally situated on Atsena Otie Key but had been destroyed  in Sept. 1896 by a hurricane. It was later rebuilt on Way Key, its present day location. 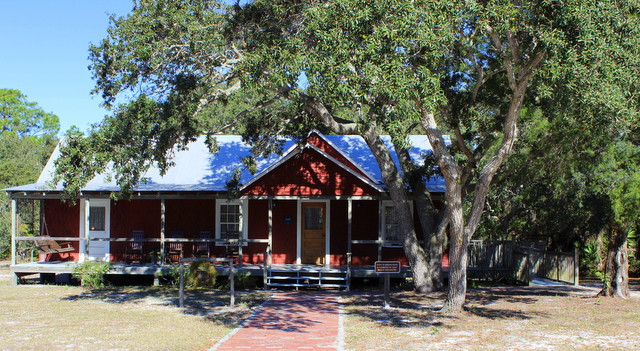 The second building on the grounds is the Whitman House. The house was built in the 1880’s and was acquired by Saint Clair Whitman in the 1920’s. The house was moved to its present location in 1991, restored to depict life from 1920-1930, then opened to the public. The house includes even more of Saint Clair’s extensive shell collection.

There’s a short nature trail on the grounds that leads you through native vegetation to the salt marsh beyond.

The fee into the park is a mere $2 per person. The shell collection by itself is well worth the cost of entry.